Having been withdrawn from GWR service over 18 months ago for restoration back to 1964 as built condition as D6948, the former West Coast Railways maroon class 37 no. 37248 is making the slow transformation back to its original condition of almost 50 years ago. Here's the latest progress update:

Following the re-fitting of body skirts to each end and the removal of headlights and aerial fittings, the last 3 months have been focussed on the rest of the body. Although it means a lot more work in the short term, the decision was taken early on to strip the exterior of the loco back to bare metal to remove any corrosion. This will be followed by re-filling where required before the application of primer, undercoat and top coats, as it was felt that this would ensure maximum longevity for both paintwork and the bodyshell underneath. Coupled with the investment in our new shed, this will help ensure a long life.

After several months of needle gunning and sanding, all West Coast Railways maroon paint has been removed and a coat of primer applied to the noses and bodysides. The roof has just been started upon in early August as has the long job of filling the bodysides ready for painting.

Internally, both cabs have been stripped and repainted. New ceilings and panelling have been refitted. The radiator tunnels giving access from the engine room to no.1 cab have been refurbished with corrosion removed and new paint applied. The electrical cubicle in both the no.2 cab side and engine room side have been repainted.

Apart from filling and painting, and the re-assembly of cab fittings, the main job remaining is the fitting of a new main steam pipe under the body connecting the steam heat generator outlet to each buffer beam steam heat connection. The required pipework has been delivered.
Posted by Unknown at 13:25 No comments:

With the success of the Diesel Gala still fresh in the mind we looked forward to the next big event which would be the return of the annual Christmas Diesel day on 27th December. A chance to take a break from repeats on television (and the in-laws), pack some of those turkey sandwiches and head to the Cotswolds for some wintery diesel action. Unfortunately, but understandably, the event had to be cancelled as there is currently no means of steam heating in the Diesel department. With 47105 under a 5 year overhaul and 37248's new steam generator not ready for action the onus fell to the boiler coach. Unfortunately the timescale to have the boiler coach operational proved unobtainable. Instead the GWSR has announced the Christmas Cracker Steam Gala will now become a mixed traction event over the 29th and 30th December so put the dates in your diary and look forward to nice warm trains and some diesel action
Posted by Unknown at 17:08 No comments: 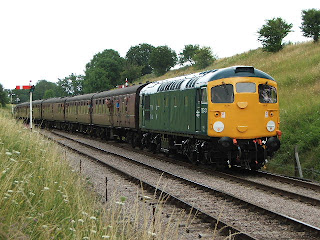 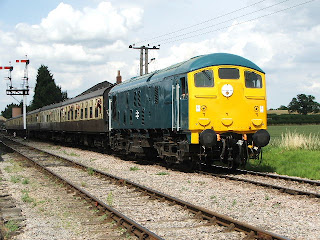 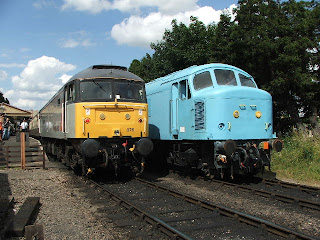 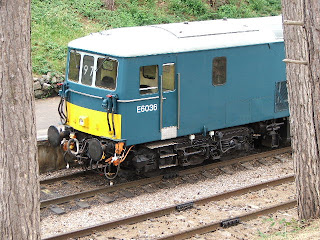 The weekend was not without it's problems as 45149 had to be rescued on its first solo train on the Friday  and 26043 ran into problems later in the weekend which saw it taken out of traffic on Saturday lunchtime. 45149 went on to work on all three days of the gala and has now been taken out of service for a repaint into BR Blue livery.